One's personality is both a composition and reflection, but if I have to choose one of them, I will choose reflection as the "self" is more important to me than "me". One's composition may change, walking across the cultural landscapes and climbing the social ladder but one's self is tied to one's reflections. The fun part is that reflections are not bound to "Time-Space" barriers ( it is not time-space) and respective mental constructs, which have grown so thick over ages, that they had reduced the image of humans to Sisyphus, rolling different sizes of boulders on hills of different heights.… As the name of this Blog indicates, knols are my perspectives on topics of interests, sweet/bitter experiences or just doodling :) 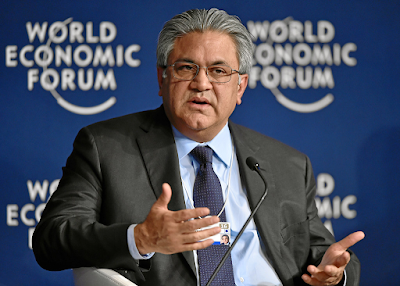 The East Side Story Versus Broadway Story

Around 9 AM I left the train-7 and walked from 8th Ave to 5th Ave through Broadway. Noticing the crowd of people that hurried to their jobs in the shades of the tall buildings, and particularly by seeing the food delivery guys on the bicycles, the "East Side Story" of Dr. Coppens popped in my mind and I kept thinking all the way about it. The East Side Story goes like this:

Plate tectonics (along with magmatism) has been at work to tear apart the African plate into the Nubian and Somali plates. The speed at which these two plates are diverging is only 6-7 millimeters per year but even at that slow pace, it played its roles in splitting the hominin into the separate species of the humans and chimpanzees (Plate tectonics is not all about splitting things. It also closes and makes things disappear. For instance, it is closing the Persian Gulf and one day there will be no more Persian gulf and the geopolitical maneuvering over its control).

Back to the story.

Around ten to five million years ago the rift valley in East Africa created a barrier between the hominin groups. The chimps remained in the south in their natural environment, that was the forest of the south, while the human-ancestors made small groups who faced new challenges of the changes in their ecosystems. The rift valley changed the course of the winds loaded with water-vapors and hence East Africa became drier (also around 7 million years ago, some Tethys sea remnants closed and a result the monsoon weakened and the young Sahara desert appeared. It is noteworthy that some remnants of the Eastern Tethys sea still live, such as the Caspian Sea, Aral, and Black sea.) The plain and dry climate favored an upright posture for long-distance walks, hair and sweating to cool off the body in the heat. The head mostly kept the hairs to provide shed and protect the skull and openings in the skull such as eyes. Several species of hominin appeared and went extinct. In the process of human evolution, several physical and behavioral traits such as, upright walk, bare-skin, shift from polygamy to monogamy, partnership, and division of labor between the male and female and also the closing gaps between their body sizes (compared to chimps populations, where males are bigger, promiscuous in their relationships and foods ).

While there are other climate-change stories such as “aquatic hypothesis” and also the results of the soils from the area questions the climate change story (The soil samples in the Tugen Hill region of the rift valley didn’t show a sudden change from forest to savanna during ten to five million years), still, the overall pattern favors a climate change story that caused the evolution of the humans.

Back to the walk on the Broadway:

Walking on Broadway, I thought about the East Side story of human evolution. Ten to five million years ago, the change in climate favored certain traits. Now we are witnessing changes in both the climate and our environments. What kind of physical and behavioral traits by the current changes? That was a big question mark in my head while I looked around me to see the patterns:

None of the surrounding people walked in the desert or climbed on the trees. They didn’t face the heat, fear of getting hunted, or likewise wasn’t on their way to collect or hunt for food. The hair on the skull was no more needed as all the fancy head-coverings could work better than hair. Brains took the highest work-load in the current environment and the amount of the energy that to maintain the hair was unnecessary as it had lost its basic function of providing shade. Balding or white-hair is likely the future of humanity. The coffee was a puzzling issue. I noticed a lot of people holding their coffee cups, a clear sign in shift in the food choices of humans. The humans are no more consuming food for survival but a large portion of food is keep the brain alert or meet its demands for more dopamine or pleasure chemicals. Most of people's ears were hooked to their phones. Supplying the brain with pleasure chemical by listening to music while walking to work were another sign of the primacy of brain in the lives of modern humans. The brain has become the major consumer organ in the body of modern humans. I wondered if combined the rate of accelerated consumption by brain with the outsourcing most of the brain functions such as memory, calculations, and communication to computers, the human brain slowly evolve become mostly a pleasure seeking organ??????  TO ME THIS IS A BIG PUZZLE.......
The partnership between males and females was also no more needed as I could see both males and females went to work and there were fewer pairs. If it is happening, it is a slow process and maybe in hundreds of generations; the results become more obvious. But the process has begun (it is happening all the time) and at the risk of repeating myself, the male and female partnerships for food production, storage, and distributions are no more needed. The businesses and corporations are doing all those work more efficiently. You need not go hunting for lunch. They deliver it to you. The development process slow down even further. A decade or a decade and a half of the schooling is no more able to meet the needs of the current human societies (Human development became slow so the kids could have time to learn necessary skills from parents or members of the tribes to survive in savanna, desert, villages, and proto-cities.  to skills needed to survive in modern industrial societies.). Soon, lifetime learning will for survival. Even toddlers have to the screens and their brains demand for the serotonin overload. at the cost of the brain…..

In the East Side Story, the climate change came to hominin. In the Broadway story, humans are bringing the environmental (also climate change) to themselves. The concrete buildings have replaced forests, grasslands, and deserts. Our work is no more to collect food but to collect money. The division of labor between sexes is politically incorrect (I intentionally used this terminology because I don't expect something like that in the chimps society. Learning about what is politically incorrect or correct is the examples of the behavioral complexity that  between human interactions, and the brains are constantly screaming for chemical rewards…. What Broadway humans will look down the road? Perhaps, we let Hollywood do the thinking for us. WHICH IS HAPPENING MOSTLY. AS I MENTIONED EARLIER, PERHAPS OUR BRAINS ARE BECOMING MOSTLY A PLEASURE SEEKING ORGAN BECAUSE OF IMMENSE BOMBDARDMENTS OF PLEASURE CHEMICALS ON DAILY BASIS????
Posted by Khudadad at 12:04 AM 1 comments

Posted by Khudadad at 8:12 AM 1 comments